Our Key Terms for the Modern Marketer series defines words every marketer should have in their vocabulary. As relevant terms change and buzzwords are redefined, we offer up the most current definitions so you can maintain your modern marketer status.

Social media is a beneficial content publishing platform for marketers, consumers, and everyone in between. Every social media action takes place on a social network (e.g., Facebook, Twitter, Instagram, Pinterest, Google+, and LinkedIn.) Social media content is much shorter (e.g., Twitter only allows a maximum of 140 characters) than most content formats and often contains a few sentences and a link, photo, or video. Social media is a hosted platform and a borrowed audience, so it is often used in tandem with a website, blog, and other content formats.

API, an abbreviation for application programming interface, is how software programs communicate with one another. APIs follow code that developers can use to build and interact with different software programs. Social media networks, such as Facebook and Twitter, each have an API.

Businesses archive social media posts, conversations, and messages to keep a record of all activity on social media networks. Some businesses use this information to pull data and information about past social activity. Archiving social media is required for some industries, such as health care and finance.

Boards are how users organize pins (Pinterest’s version of a post) on Pinterest. Pinterest profiles are comprised of boards as opposed to the list of posts on Twitter, Facebook, and LinkedIn. Users can create and name as many boards as they’d like and choose which board each pin will go on. Users can create public boards that appear on their profile, or private boards only they can see.

Businesses can integrate social media buy buttons into a social media post where users can securely buy at the click of a button, without having to go to an external website or purchasing page. Posts containing a buy button appear on both the businesses profile and the newsfeeds of the business’ followers. Buy buttons are a fairly new concept and aren’t widely used, yet.

Businesses must comply with any social media rules, regulations, or laws imposed within their industry. Archiving is an example of a type of rule some industries put into place. Other examples of compliance include disclosure, side effects inclusion, and NoFollow tags.

Connections are mutual contacts on LinkedIn. Connections are equivalent to friends on Facebook and followers on Twitter. LinkedIn users can invite other users to connect and grow their professional network on social media.

Earned media is brand promotion, or publicity, that isn’t paid for. Earned media can take the form of followers touting a brand on their own social media accounts, brand reviews, people endorsing products without payment, or non-promoted social posts that go viral. Because earned media has to be literally earned, its payoff may not be as immediate as paid media.

Embedding social media posts, or an entire social stream, on a website makes a user’s social content accessible outside of the social media network where it originates. Marketers embed social content as a way to increase visibility of their social presence and to converge digital strategies.

Brands pay celebrities and other high-profile figures to endorse products on social media. This can be an expensive, but successful, marketing strategy. In the endorsement post, the user will often take a photo and/or write a post with the product, noting its enticing features. Any user can endorse a product or service they like without being paid to do so. For companies, this can be a form of free advertising or earned media.

To mention on social media is to include a user’s handle in a social post, also known as tagging. A user is notified when they have been mentioned. Users mention to give credit for a post, to notify a user who might be interested in the post, or to simply include a user’s name or handle in a post. Brands monitor social media mentions so they can keep tabs on who’s talking about their brand and respond to any questions, concerns, praise, etc. written about their brand. On some social channels, such as Twitter, brands can even search for mentions that don’t tag their handle.

Owned media is within the complete control of a business. The business does not have to go through an advertising company to publish owned media, as they do in paid media. Profiles and pages on social media are owned media. While the business does not own the social networks, the business owns the content on their own profiles. Other examples of owned media are websites and emails. While owned media is managed by a business, it still costs money to publish and promote (e.g. ads on social media, hosting a website, sending emails through paid software), unlike earned media.

Protected accounts, also referred to as private accounts, are gated accounts on social media. Their posts are hidden from the public. Users can choose to set their account to protected or private to ensure they can select who can view their posts. Private and public accounts are labeled by Twitter and Instagram so users know which accounts they’ll need approval to view.

A short link is an abbreviated link that redirects to the full URL when clicked. Short links use fewer characters, take up less space, and look simplified as compared to a full URL. Short links often include the name of the URL shortener plus a mix of randomized letters and numbers. You can create a short link by running a URL through a URL shortener. Popular URL shorteners are bit.ly, Google URL shortener, and Tiny URL.

Social discovery is finding or searching for information and ideas through social media. Users can discover information through posts from profiles they follow or within newsfeeds. Some social profiles also have dedicated spaces for social discovery, where users can explore posts from accounts they don’t follow. Twitter’s tab, Twitter Moments, features a section of trending topics, hashtags, and news articles. Facebook lists trending topics on the side of users’ newsfeeds, LinkedIn Pulse features top business posts, and Discover on Snapchat covers news and information from top publications.

Social proof is a psychological phenomenon where social media users follow the actions of others or believe something is true because of the actions of others. For example, content that gets a lot of likes on social media could be assumed to be great content, even if it objectively is not. Users may then like that content simply because it’s what everyone else is doing.

Tagging a user on social media means including a user’s social media handle within a post. Tagging a user creates a link back to that user’s profile. Users tag others in a post if they want to flag content for another user or provide credit for content. Tagging is the same as mentioning, except tagging always includes the user’s handle, whereas mentioning doesn’t have to include the user’s handle.

A thread is a conversation on social media—a group of social media posts that link together. Threads typically involve multiple user profiles. Threads start with an original post and then include any replies, comments, or other interactions related to the post.

Twitter cards allow users to add additional media, including photos and video to a tweet with the goal of driving traffic to a user’s website. Users can add a line of code to their website, so when users tweet a link from that website, the additional media, the Twitter Card, is automatically added. Users can also create Twitter Cards for individual tweets to make them more unique and engaging. 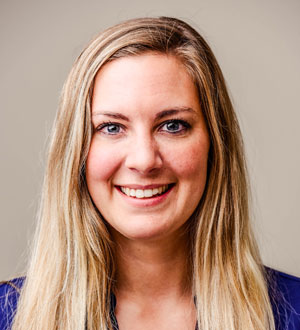 Forever a student of marketing and the written word, Katie is always on the lookout for new ways to connect with audiences. She enjoys learning about emerging trends and sharing what she's learned. She also has an affinity for alliteration.
Follow this author: Twitter LinkedIn

What Is Geoframing, and How Is It Different From Geofencing?

5 Key Questions to Answer Before Starting a Digital Marketing Program

5 Tips For Developing an Authentic Brand Voice on Social Media