Unless you’ve been living under a rock for the past 10 days, you’ve probably heard about Facebook’s announcement to prioritize “meaningful social interactions” over branded content, starting with its News Feed.

“Recently we’ve gotten feedback from our community that public content—posts from businesses, brands, and media—is crowding out the personal moments that lead us to connect more with each other,” CEO Mark Zuckerberg wrote in a January 11 post.

It would appear Zuckerberg is pulling a page straight from Google’s content playbook—i.e., Hummingbird algorithm update—and decided quality and context should be the hallmarks of how to perform well on the platform. Put simply, he wants Facebook content to earn genuine engagement rather than pay for a passive version.

So, what does that mean?

Facebook News Feed chief, Adam Mosseri told Wired: “The number of comments on a post will count more than the number of likes, and it means that posts where people have taken the time to write long comments will get more weight than those with only short comments.”

What Brands Can Expect

Zuckerberg said users can expect to see less public content and more posts from their families, friends, and groups to which they belong. That means opportunities for businesses, brands, and media to reach Facebook’s two billion users will be drastically reduced, thereby increasing the cost of Facebook-centric advertising strategies.

But, that’s not all.

If real, genuine engagement is the currency of the new Facebook, brands are going to have to invest not in more expensive display ad strategies, but in highly-skilled social media staff who know how to cultivate and engage communities.

When Google rolled out its Hummingbird update back in 2013 and issued its annual Search Quality Guidelines, it represented a new normal for ranking in SERPs, and brands responded by finding skilled staff to create original, resourceful, valuable content. Similarly, Facebook appears to be on the precipice of redefining a new normal for our social media experiences.

Zuckerberg said he plans to roll out the change across all of Facebook in the coming months and that he fully expects engagement, time on site, and profitability to drop as a result of featuring less content around TV shows, sports, and news.

But, he appears undeterred in his mission to civilize social media, and once again, brands need to respond by prioritizing quality and context over thoughtless, impersonal, passive entertainment.

Check out the Olive & Co. blog for more tips, tricks, and insights about the marketing industry. 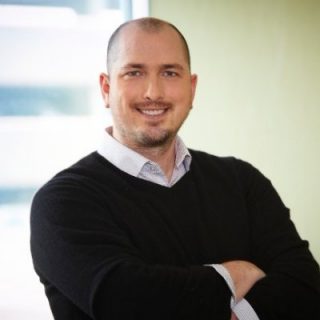 Best of the Olive Blog—2021
Focusing Marketing Efforts at Budget-Conscious B2B Businesses
What Is Geoframing, and How Is It Different From Geofencing?