Here’s a look at some of the things we’ve been reading, watching, and discussing in the Olive studio this week:

In 1973, Spanish architect Ricardo Bofill stumbled upon a cement factory in Catalonia, Spain, an enormous compound of silos and buildings that covered nearly two and a half miles of underground tunnels. Bofill decided to buy The World War I era structure and its grounds, making modifications to the original structure in order to create an all-inclusive live/work space that would unite the Surrealist, Abstract, and Brutalist elements found in its industrial form.
— Tieran Haskin

The Art Of Calligraphy: Getting Started And Lessons Learned

We all swoon at the beautiful looping letters and artistic expression of calligraphy. As you read through this designer’s journey of learning the craft, you might discover that calligraphy isn’t as difficult as you first imagined.
— Leah Gauquie

How to take great photos—even on your cell phone

With Snapchat and Instagram continuing to rise in popularity, the pressure to take pleasing photos is on. This post on the TED Blog breaks down great photography into eight easy and digestible tips.
— Erika Voeller

This Simple Design Change Would Have Saved The Oscars

In the world of typography, hierarchy does matter. Simple choices, such as font size and boldness, make important announcements easy to read and identify. A few simple formatting tweaks may have made for a big save at Sunday’s Oscars.
— Jessie Reagen

Hypnotic Animations Show Why Trees Depend on Forest Fires

Eleanor Lutz is a matchmaker, but not for people. Instead she pairs knotty scientific topics with sublime visuals and publishes them on her blog. Lutz’s latest setup involves a category of plants that need fire to survive. Fire ecology, as it’s known among scientists, acknowledges wildland fires as instrumental to a functioning ecosystem—a point of view likely lost on most.
— Tess O-Connor (@Tess_OConnor) 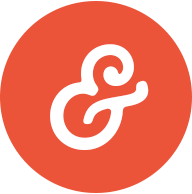 Founded in 2003, Olive & Company has dedicated our existence to a single purpose: providing finely tuned Modern Marketing solutions that drive brands and deliver business results. By helping brands stay in tune with emerging trends and technology, we give them the tools they need to adapt and refine their strategies to better engage and inspire their audiences.
Follow this author: Twitter Facebook LinkedIn