While it’s true that pictures can give you a nice snapshot of something, virtually nothing can beat the fluid, visual appeal and storytelling power of a moving picture. When it comes to elevating your brand, long-form video can be a highly effective tool for engaging your audience.

You’re probably thinking: In this age of short videos and even shorter attention spans, any piece of content that takes longer than 15 seconds to consume isn’t worth my time. Wrong. Sure, attention spans are growing shorter, but so are tolerance levels for ads, no matter the length. Millennials, in particular, have a low tolerance to ads. There are plenty of successful brands using long-form video to connect with audiences while entertaining them at the same time. While you may feel like short and sweet is the way to go with your videos, long-form can be a better choice for connecting with your audience on a deeper level.

If you’re still not convinced, consider this: There’s a reason why marketers spent nearly twice as much on online video than they did on TV in 2017. is projected to dominate mobile traffic by 70 percent by the year 2021. While conventional 30-second ads aren’t going away, brands are now experimenting with a wide array of video formats that push extremes and audience’s attention spans. video has the power to resonate with audiences and build affinity for your brand.

What Is Long-form Video Anyway?

In general, any video more than two minutes in length is considered long-form, with the average long-form video lasting between 2–5 minutes, though some push far past this range. How long should your video be? It’s always better to choose shorter when possible, or break your video into installments, and include all your key messages within the first minute. However, this can be difficult to do, and you run the risk of interrupting the flow of your story. So instead of packing all your messaging in the first five seconds, focus on making your video more intriguing to viewers. A great story will always win an audience. And if you capture your audience’s attention within those first few seconds, they’ll be more likely to watch to the end.

When you think long-form video, you probably think YouTube. But even Instagram has joined the long-from bandwagon. In June 2018, Instagram rolled out a dedicated space for scripted shows and music videos in a full-screen, high-resolution format called IGTV. While Instagram has added several video features over the years, this is its first dive into long-form content.

In the end, long-form video is really about connecting on a more human level.

Perhaps the most compelling reason to use long-form video is that it organically provides more opportunity for relationship and community-building. It also has the ability to be highly entertaining.

But before you channel your inner Martin Scorsese, ask yourself (and your team) these questions: What are the goals of our campaign? How long does it take to tell our story? Do we have a very specific call to action, or do we have longer-term ambitions like trying to build brand affinity, which necessitates true viewer attention? If it’s the latter, then long-form video is the right choice.

To help inspire your own long-form video content ideas that stick in minds of your customers, we gathered five examples of brands that are winning over audiences with their videos.

Rag & Bone produced an awesome five-minute film starring the young actors, Kate Mara and Ansel Elgort. Instead of relying on spoken word, it used just music and dance to tell a story.

Why it works: Dance is a universal language. With no translation necessary, the message resonates with audiences and cultures around the world, not just in Rag & Bone’s own backyard. A music video can work particularly well for fashion brands, allowing consumers to see how the clothes move on different bodies. It also has the advantage of being far more dynamic than static print ads, adding interest to an otherwise bland marketing landscape. Thus, it not only showcases the clothes in action, but entertains audiences through story and dance.

NASA’s long-form YouTube videos are more than engaging – they’re mesmerizing. One could argue that images of space are inherently mesmerizing, but still. NASA knows how to do video to gain maximum engagement from its audiences. The success of their strategy is evident in the millions of views each of its videos garners.

Why it works: NASA knows how to satisfy its audience’s curiosity and wonder. NASA’s Instagram video content is especially compelling to audiences as it doesn’t try to preach about the importance of funding space exploration or sell anything they don’t want to buy. Rather, it lets its videos amaze and inspire to build brand affinity, while letting the call to action come organically. Audiences are able to see and feel the magnitude of space through these videos, and form an emotional connection that inspires as much as it awes.

The ASPCA is perhaps best known for its long-form TV commercial featuring heartbreaking photos of dogs and cats in cages while Sarah McLachlan, the Canadian singer-songwriter, croons her hit “Angel” in the background. That simple video pitch raised more than $30 million for the organization during the time it aired. Now, their content gives viewers an inside look into their company’s work.

Why it works: Featuring puppies and kittens at the center of your story makes it easy for anyone to watch, but the ASPCA does more than show cute animals to its viewers. Viewers get an inside look of the nonprofit’s facilities, tour the conditions of puppy mills, and ride along on animal rescue missions. Most importantly, each video tells a unique story. There are no fancy graphics or famous actors, proving that good storytelling and knowing how to speak to your audience are all you need to engage. By giving a real-life glimpse of what ASPCA workers see on a daily basis, the organization inspires audiences to take action and feel like they’re making a tangible difference in the lives of shelter animals.

Red Bull is a brand that is all about energy and speed and the lives of their consumers, and Red Bull knows how to give its fans what they want. The company has been winning at long-form video for years, so they’ve had a lot of practice. Many of their long-form videos on YouTube take viewers on epic adventures involving cliff diving, big-wave surfing, and “roller-coaster-riding” down a mountain.

Why it works: Red Bull knows its fans and customers and knows how to do exhilarating videos that appeal to them. Red Bull uses influencers in the world of extreme sports to share their videos, casting a wide net. The videos are the opposite of boring. They’re beautiful, entertaining, and highly shareable. It’s likely that whether you drink Red Bull or not, you’ll enjoy the videos and share them with your friends.

Since 2014, Marriott has been creating long-form videos that encourage viewers to book rooms in its hotels — but not before telling a compelling story. The company has produced several films that include romance and intrigue, including Two Bellman, which currently has nearly 8 million views on YouTube, and French Kiss. With French Kiss, Marriott offered deals on rooms in its Paris properties. The deals were promoted on the film’s microsite and generated $500,0000 in room sales. The film currently has more than 6 million views on YouTube.

Why it works: : In the case of French Kiss, audiences are transported to Paris along with the two main characters. The video gives viewers a tour of the City of Lights without awkward ads or product placement. In the end, the story leads viewers to book a room. Whether they book or not, the brand’s growing number of viewers make it clear that the company is succeeding at creating brand awareness. By illustrating the romance and mystery of such a journey, the video shows audiences that they have the potential to create their own adventures.

In the end, video is really about connecting on a more human level. Whether you use Instagram, YouTube, Facebook or another media platform as a vehicle for telling your brand story, you’ll want to focus your resources and your attention on long-form video. Need help humanizing your brand? Check out our blog post on how you can avoid stuffy marketing and elevate your brand. 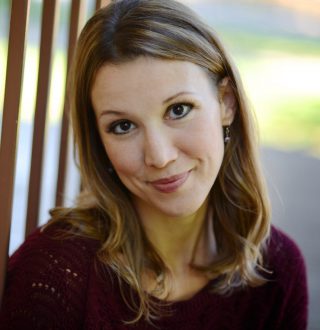 Tina Mortimer is an essayist and a contributing writer for many publications. Her work has been featured in Minnesota Parent and on the websites The Purple Fig, Hippocampus, Mutha, and Cleaver.
Follow this author: Website

5 Key Questions to Answer Before Starting a Digital Marketing Program
Should Brands Take a Stand with Brand Activism?
Protecting and Building Your Brand During a Crisis